A Response to Abolitionist Planning: There is No Room for ‘Planners’ in the Movement for Abolition 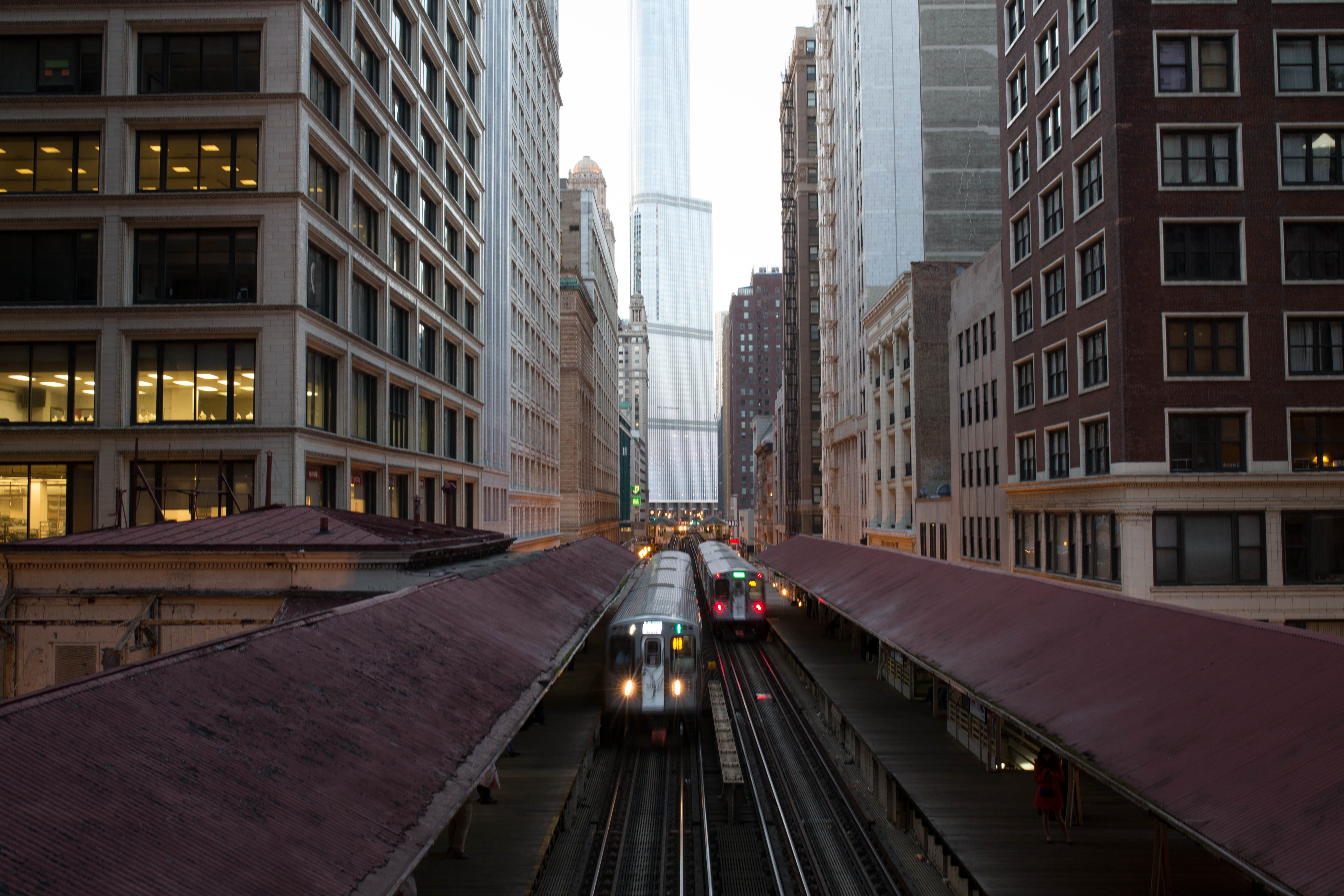 Abolition is a movement that seeks to end prisons, police, and border walls. Why? They are institutions of war built on colonial and capitalist legacies of indigenous, Black, brown, Asian and poor violence. They only produce violence and need to be abolished. The fight for abolition is aside from, and not something that can be fully incorporated into, ‘professional planning’ because planning has been a central conduit of this violence. This is a crucial point not stated in the Abolitionist Planning article; the authors solely focus on our contemporary context of Trump and the role of professional planning in fighting against it. However, the problem is more expansive than the era of Donald Trump. The problem is professional planning as an institution of harm complicit in the making of penal systems, directly or indirectly. In my response to Abolitionist Planning, I want to foreclose the use of abolition as rhetoric for bolstering the institution of planning while also suggesting what limited possibilities ‘professional planning’, an act of disciplining space, can contribute to this movement.

Abolition is a verb. Another word for abolition is freedom. Freedom is to end violence or unfreedom. If someone is not free we are all not free. Therefore, there is no final plan when it comes to abolition. We know many unfreedoms occur through planning: segregation, fracking, disenfranchisement and slum housing, to name a few. These unfreedoms we take as common-sense inequalities, yet, they are interdependent to the planning of prisons, implementation of police and surveillance through virtual and physical border walls. Cities with budgets, big and small, plan their jails, police and surveillance techniques as connected to how neighborhoods are planned (see Jack Norton’s work).

What does this mean for ‘planners’? Here, I am not referring to insurgent planners – those who continuously put freedom into motion to turn the tide of the violence of land extraction and enslavement without a paycheck or job title – but to the ‘planners’ who get degrees and/or compensation from institutions of colonial harm. It means that planners must see how, from the neighborhood block to the jail cell, inequity is unfreedom. It means that ‘planners’ must evade their job titles, offices and practices of resource-hoarding. The Abolitionist Planning piece suggests that planners have a role if they become more inclusive in their practice and eliminate racial liberalism. However, inclusivity continues to put the power in the ‘planners’ hand.  What we end up doing is suggesting that professional planning work is participatory, meaning we invite people without the paycheck or title of planners to plan with us. If liberal, we ask participants to tell us what to do only to use a part of it, and if conservative, we have them fill out a survey. Neither of these approaches of incorporation help; rather, they exacerbate the frustrations of those whose lives depend on the outcomes of such professional planning. Thus, participation disciplines and maintains forms of harm and stifles resistance.

To this point, let me turn to the limited capacity ‘planners’ have. The seemingly social justice orientation of social justice ‘planners’ has many tenets. Nonetheless, social justice planners often have full time jobs working at a not-for-profit organization, being the community relations personnel for a business improvement district, or worse, contributing to municipal economic development departments, which in most cases are servicing developers. Most of these jobs do one thing: they contribute to moderate or reformist solutions.  Yet, reformist solutions keep institutions of oppression intact, they do not transform them. For example, let us think about Skid Row, Los Angeles, a social service hub that serves homeless and poor downtown Angelinos. The implementation of a Homeless Reduction Strategy or Safer Cities Initiative in 2006 led to mass incarceration of these residents where within the first two years Los Angeles Police Department conducted 19,000 arrests, 24,000 citation issuances as well as the incarceration of 2,000 residents, and the dismantling of 2,800 self-made housing (see Gary Blasi and Forrest Stuart).

Edward Jones and other plaintiffs won a class action lawsuit against these examples of the criminalization of the homeless. The settlement resulted in a reform: policing homelessness did not occur through homeless sleeping hours. In addition, police received diversity training. This did not limit policing. Similar rates of incarceration occurred. Here, state reforms that support gentrification continue policing the homeless. Instead we must aim to produce what Ruth Wilson Gilmore calls non-reformist reforms, reforms that transform institutions to produce life-fulfilling alternatives rather than harm. Out of the Jones settlement, a non-reformist reform occurred: the city was mandated to build 1,300 single room occupancy units to house the nearly 1,500 to 2,500 homeless people in Skid Row.

This reoriented public discourse, revealing that policing the homeless was not about housing them. Furthermore, it led to abolitionist vision to “House Keys Not Handcuffs”. If the job leaves little room for What Abolitionists Do, ‘planners’ must ditch the white collar. Here, we can actively engage and contribute to movements outside of our job title as ‘planners’.  In a history and theory of planning class I taught, I asked my students: ‘what are you willing to do on your Saturdays if your planning job is not contributing to change?’ We must realize and encourage an off-the-books approach or informal participation in radical movements that are not attached to promoting careers.

THE HELL WITH TRAINING

Students become ‘planners’ through planning education. These departments often have students do studio work for a non-profit or a for-profit organization. I will not belabor the point about divesting from profit-making/resource-hoarding organizations; however, non-profits are an important location of concern. They are often where planners send their planning kids to work, but they are a form of professionalization.  As INCITE!’s The Revolution will not be Funded has described, not-for-profit organizations have been created out of the 1960s revolutionary movements with government and foundation funding to control such movements and quell dissent. Nonetheless, we send our ‘planning’ students to non-profit jobs which make reformist changes. Our students then think that they are contributing to the solution. In some cases, they are. In the case of abolition, many are not. Is it the students’ fault? No. It is often that students are pushing up against curriculum in the white planning profession. The larger problem is the field of professional planning which is complacent in the reproduction of institutional violence.

Adding to this point, we can divert from training students and ourselves from perpetuating institutional harm by changing the curriculum and strategy of professional planning. For starters, stop centering the legacy of dead white planners who have been a tool of colonization. The work of the late Clyde Woods on regional and local planning in Mississippi and New Orleans should be assigned in the first week of our theory and history courses rather than listed as suggested readings or not even on the syllabus.  As well, collective syllabi like Prison Abolition Syllabus should be adopted. Most importantly, let us teach our students how to subvert the limitations of professional planning.  adrienne maree brown’s groundbreaking book Emergent Strategy may be a technique of pedagogy.  Upset at the limited possibilities for change as an executive director of a non-profit, Brown synthesized a framework of planning that emanates out of the work of Black queer scientific fiction writer, Octavia Butler. In her work, Brown suggests that the way change occurs is through our active reworking of barriers: grant deadlines and protocols, limited policies and strictures of organizing. She asks us to experiment within and outside of institutions and organizations to change them. Let’s read and teach Octavia Butler as well as adrienne maree brown (in that order) so that we can de-professionalize to organize. This will give students strategies of circumnavigating thick institutions that perpetuate harm. I believe more training in this way may lead to students’ ability to produce abolitionist, non-reformist reforms through organizing within organizations that would otherwise maintain institutions of harm. This is already happening.  Students writing the Abolitionist Planning guide and the Hindsight planning conference that took place in New York  which spotlighted women of color in planning, are steps in that direction. However, most of these approaches continue to hone in on incorporation – inviting the language of abolition, blackness, brownness, or indigenous knowledge. They don’t contribute to them.  However, in order to be a part of liberating movements, we must build those movements, not incorporate them to build the profession of planning.

Abolition is not, nor ever will be, about ‘planners’.  It never has been.  Instead, it is about practitioners of freedom dreams that occur outside of planning education and profession. Contributing to these movements and redistributing resources to them is a step in what ‘planners’ can do.

Deshonay Dozier is a doctoral candidate at CUNY-Graduate Center. Her dissertation analyzes how homeless creative and social resistance in Los Angeles’ Skid Row produces abolitionist alternatives to penal aid since the 1970s. Her scholar-activism focuses on police abolition and landed justice.

Position Title: Research Analyst Senior Employer’s Name: City of Austin, Housing and Planning Department Job Location: Austin, Texas Job description: This position will serve as the single point of contact in the preparation and planning of the U.S. Department of Housing and Urban Development […]

PN Statement in Solidarity with the Struggles against the Racist Police Killings June 1, 2020 As planners, we have responsibilities to serve multicultural communities and to work towards ensuring access to basic and fundamental services and activities for individuals and […]